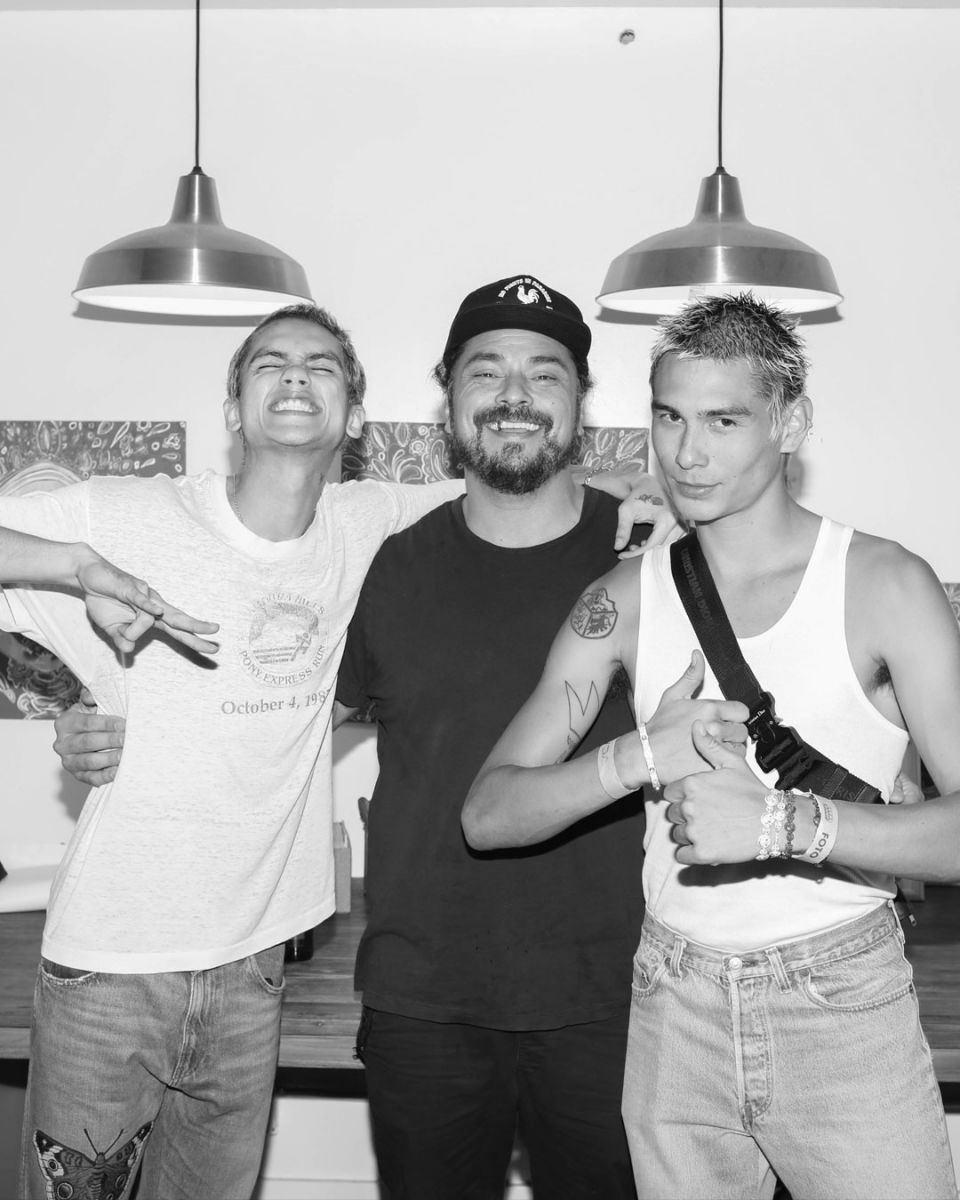 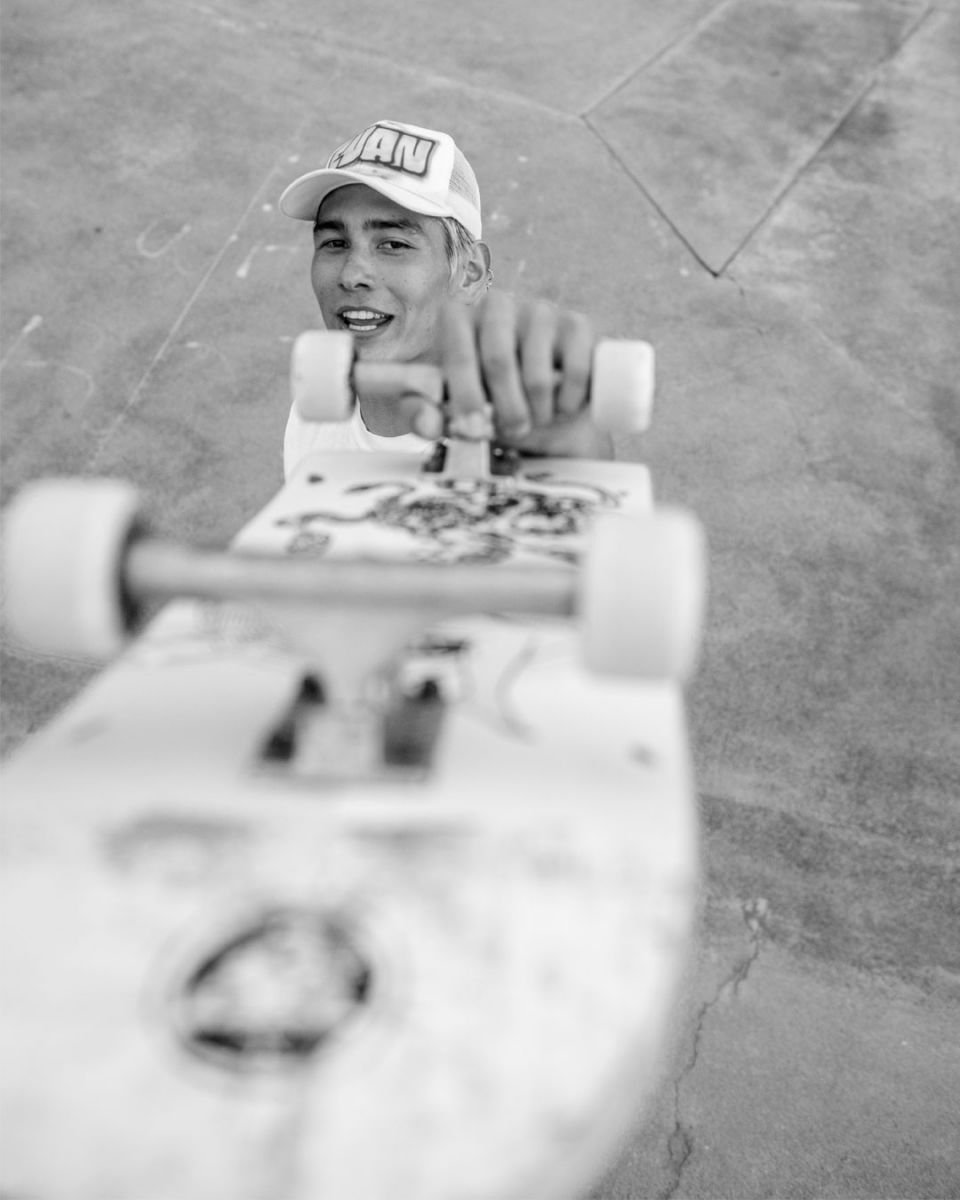 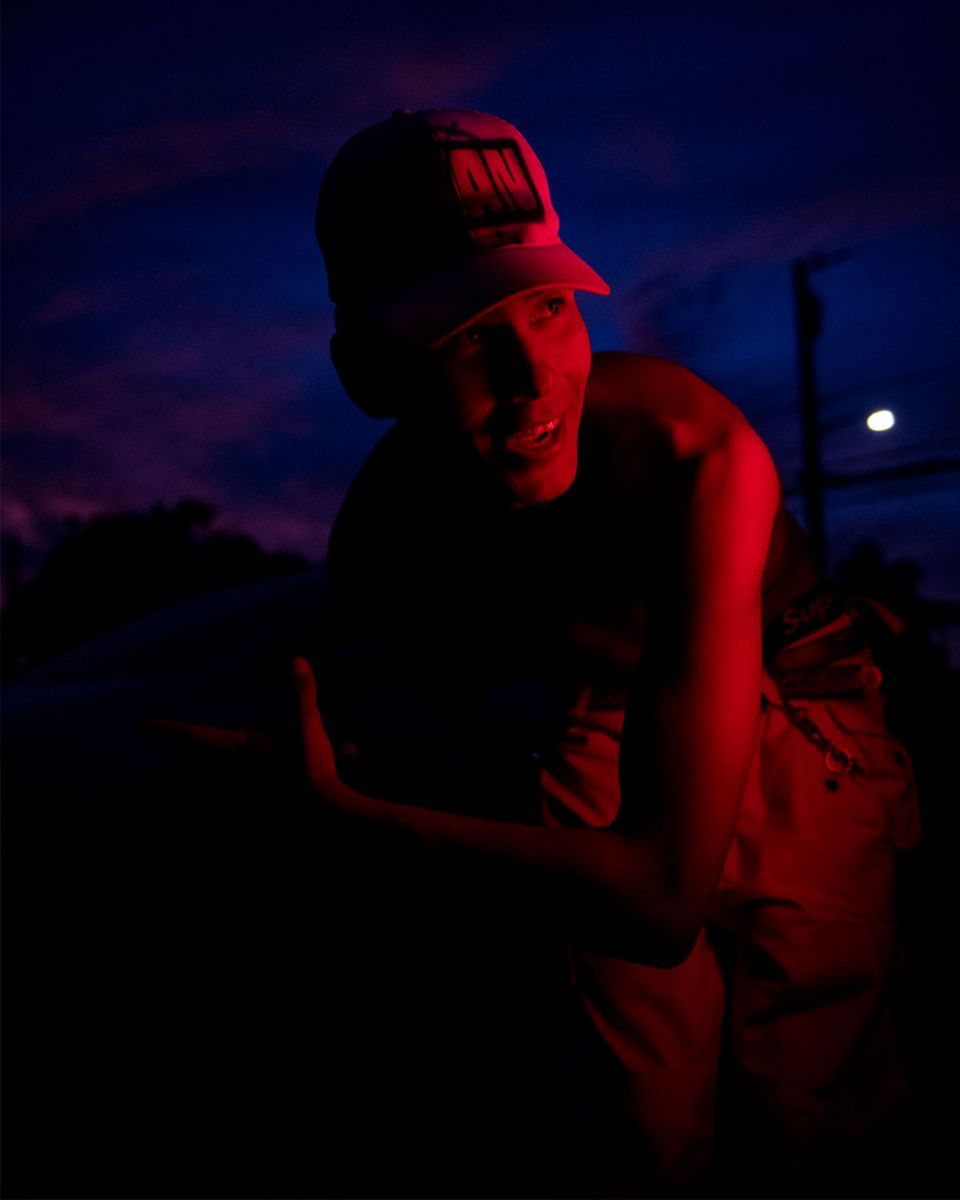 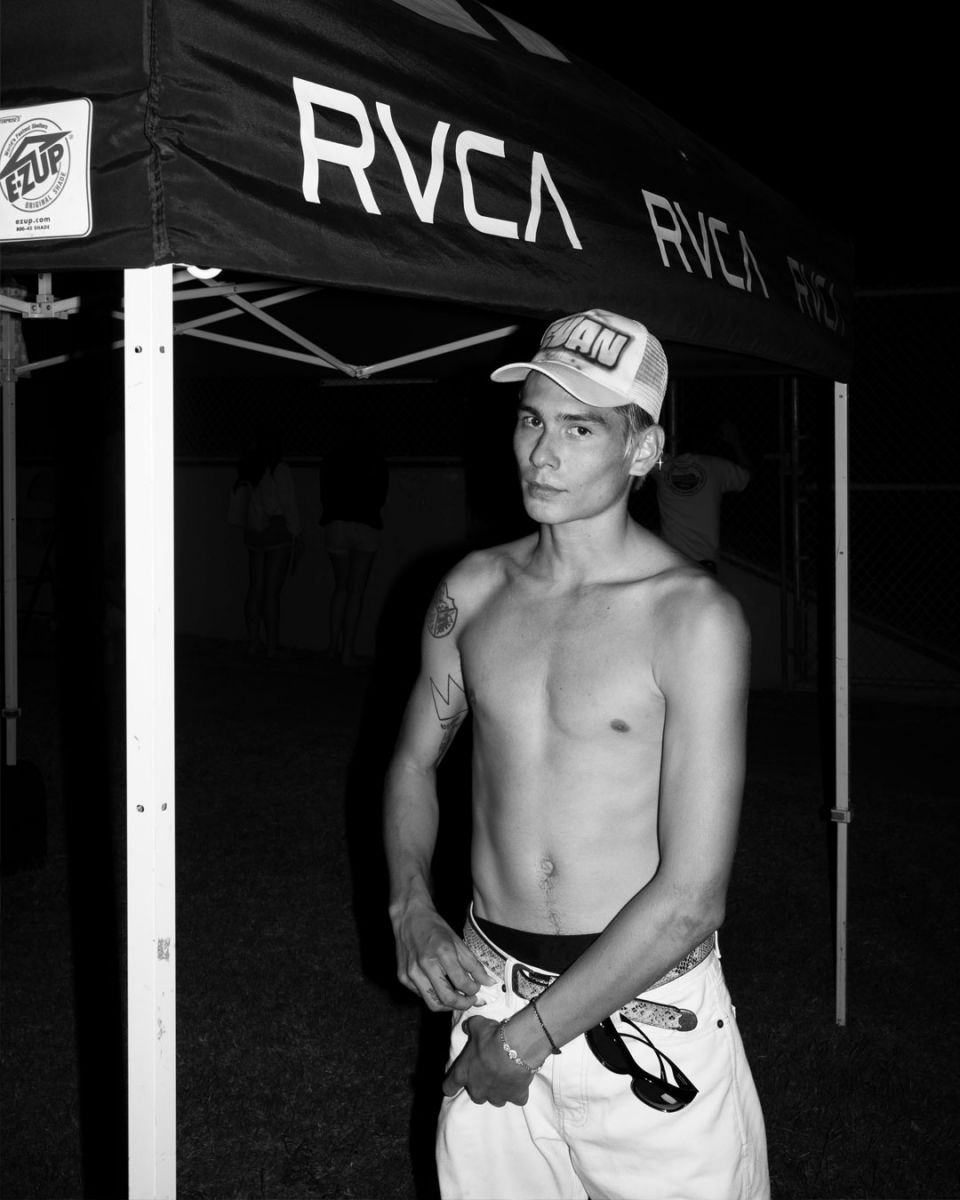 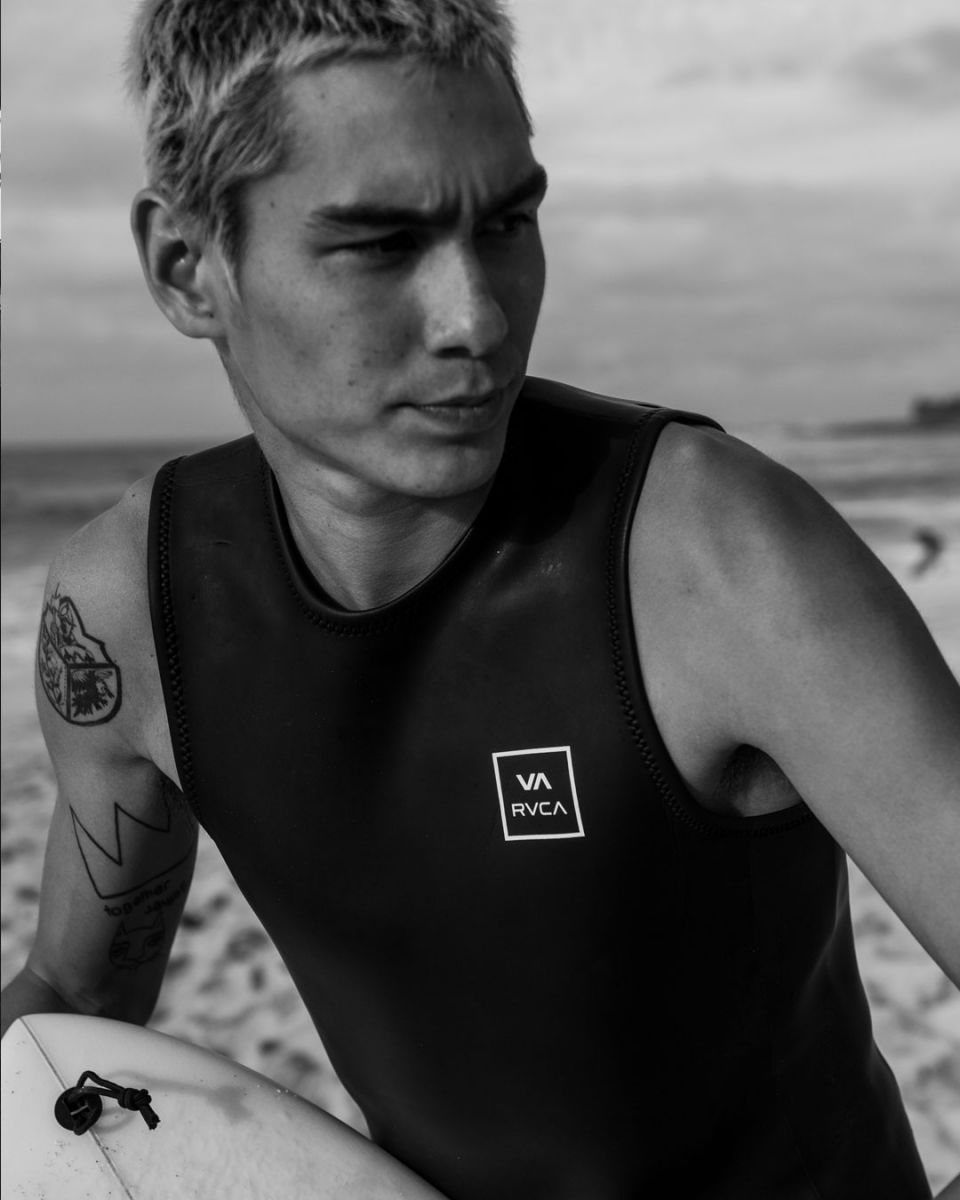 Vitor Belfort, in his last days of training for UFC152, talks about his upcoming fight and the old school vs new school match up with Jon Jones.

I had the pleasure of sitting down and having a virtual conversation with San Francisco Bay Area artist, Michelle Blade. Although we both live in SF, and pretty much live blocks apart — neither of us could find the time to meet. So we did what comes naturally to most of us now; we took our convo to the series of tubes: the Interwebs.

I’ve covered Michelle’s work a few times but never had the opportunity to chat with her in detail around what drives her. So it was delightful to have a couple different conversations with her via email to get such a personal approach to her thoughts. We chatted about her work, inspiration and thoughts behind her latest installation for RVCA’s Haight street store. As you’ll see Michelle was gracious and articulate, giving vivid and lush visuals of her approach. Enjoy!

-Meighan O’Toole
My Love For You

Where did you grow up?
In the hills of Los Angeles.

Does your youth and upbringing inspire your work in any way?
LA was such an incredible and unique place to grow up. I was in love with the magic of the city and always on the hunt for where the natural world pushed up against it: Train rides through Griffith Park, ghostly encounters with lone coyotes roaming neighborhood streets, long runs to the Observatory, Catholic all girls school vs. LA subcultures, exploring underground sewer tunnels by flashlight, swimming at hidden beaches, and running around the LA river…I’m still in love with those kind of adventures.

Tell me about the window for RVCA store on Haight Street:
It’s a large scale installation filled with wooden sculptures of hands, mountains and abstract forms precariously leaning on one another, paintings on Mylar hanging from the ceiling, and a billboard sized painting of a psychedelic tapestry as the background.

What is the inspiration behind it?
About a month before I started working on the RVCA window I drove south through LA, toward Palm Desert on my way to a funeral. I had taken this drive dozens of times and always felt hypnotized by the expansive landscape. On this particular trip, I kept thinking about Ken Kesey and his stories about being part of the acid tests at Stanford and his documented trips around California.

I remember feeling particularly sensitive to the shifting color schemes — the orange and purples of the desert, the speckled hills, the strange shapes of the vegetation, the blue mountain slopes. I thought this would be a good place to start for the project — hallucinations, pastel colors, reflection and the California landscape.

It sounds like this trip in many ways influenced you. Has it spread beyond your work for RVCA?
Around the time of the trip I was reading A Separate Reality: Conversations with Don Juan by Carlos Castaneda. There is a section in the book where Don Juan describes Death as an ally who sits next to you throughout life. It’s a wonderful, visual concept that I found to be both comforting and disarming. In that regard I think my ally has been sneaking into some of my projects lately, but I’m not exactly sure about the breath of it’s influence. I’m definitely still marinating within that experience.

Talk to me about the symbolism through out your installation.
The Western frontier is a historical symbol of possibility, wanderlust and idealism. With my window installation I wanted to tap into some of those mystical qualities. California has always felt like a landscape I am perpetually trying to get a bit closer to. The epic coast, the desert, the mountains. I’m always trying to hold onto understanding its intangible vastness. This is obviously an impossible task but a romantic pursuit nonetheless.

Within the installation there are aspects of everyday life: mountains, pottery, rocks, plants, people walking, connecting with each other and their environment. Visually I think the installation can be read like someone’s accumulation of experiences: a living room filled with a non-linear, mystical collection dedicated to encapsulating the California landscape.

One of the things that I have always admired about your work (and noticed) is that you seem to work within a world of mysticism and symbols. Talk to me about that.
Yes! I love how Religions are chock-full with symbolism and incredible visual tools, each attempting to explain some of the most mysterious philosophical questions about existence. Lately I’ve been really caught up in themes of transcendence and transmigration, especially how that is depicted through Alchemical practices.

The transmutation of lead into gold is a beautiful analogy for personal growth and change. Somehow the act of paintings feels relateable to this process. It’s the struggle of trying to create a representation of your internal landscape and turn your insides out for a moment. It’s experimenting with seeing your spirit in other forms.

Would you say that is why you paint/create? To express the “accumulation of experiences”?
Yes, I think that’s a huge part of it. Art making has always felt like a tool for processing life, ideas, inspirations, mysteries to me.

Rugs seem to play a large role in your work, although totally beautiful not very common…what is the story with that?
The first tapestry painting I made was inspired by a rug I painted over everyday in my grad studio. At the time I was thinking about magic carpets and traversing mystical plateaus through black holes. I combined the two ideas, replicated the the rug in my studio, and painted a black hole in the middle. After that point I started doing actual research on textile art and fell deep into the history of it. During that time I started to exhibit the textile paintings I made on the floor. People would walk on them and over time they would change due to the marks left behind from the gallery visitors. I really love the politics behind people walking on paintings.

What is coming up for you for 2012?
I’m currently working on a new project called 366 Days Dedicated to the Apocalypse. I’m creating a painting, documenting it, and posting it online everyday for all of 2012. You can follow this process along at: http://michelleblade.tumblr.com.

Show wise, I’m organizing a series of collaborative performance and video works with SF State students as part of a new series of shows curated by Chris Finley. The finished project will be exhibited at The Martin Wong Gallery in April. Around that same time I’ll be in a couple group shows, one in SF, curated by Alexis Mackenzie, and the other in Japan, curated by Serena Minik-Miller.  In May I’ll be having my first solo at Carter & Citizen in Los Angeles.

Blade holds a BA from Loyola Marymount University and a MFA from The California College of the Arts. Her work has been shown nationally and internationally at Jack Hanley, San Francisco; the San Jose ICA; Carl Berg Gallery and Roberts & Tilton, Los Angeles; Union Gallery, London; V1 Gallery, Copenhagen; the Akademie der Bildenden Künste, Stüttgart. She is a 2007 recipient of the Murphy-Cadogan Fellowship, a 2011 Alternative Exposure Grant, 2×2 ProArts Grant, and was an SF MOMA SECA finalist in 2011.

THE INSTALLATION OF OAKLAND-BASED ARTIST MICHELLE BLADE’S FIRST SOLO SHOW IN L.A., AT CARTER & CITIZEN, HAS THE DECEPTIVELY HOMEY FEEL OF SOMEONE’S PARENTS’ LIVING ROOM IN A GOTHIC TEENAGE HORROR FILM IN WHICH SOMETHING IS ABOUT TO GO HORRIBLY WRONG. THERE’S A RUG ON THE FLOOR, THERE ARE A FEW POTTED PLANTS, SEVERAL MYSTERIOUSLY UNLABELED URNS, AND PAINTINGS NEATLY HUNG AROUND THE SMALL ROOM.

LINGER FOR MORE THAN A MOMENT OR TWO, HOWEVER, AND UNSETTLING DETAILS BEGIN TO EMERGE, SUGGESTING THAT CATASTROPHE HAS ALREADY SET IN. THE PLANTS ARE SPRAY-PAINTED BLUE. THE RUG, ACTUALLY ACRYLIC PAINT ON MYLAR, DEPICTS A KALEIDOSCOPIC PATTERN OF BODY PARTS. THE PAINTINGS — SMALL, MOODY WATERCOLORS DEPICTING SHADOWY FIGURES AND ANIMALS — COME FROM A SERIES TITLED “366 DAYS OF THE APOCALYPSE” (ONE FOR EVERY DAY — PLUS ONE APPARENTLY OF THE PURPORTEDLY APOCALYPTIC YEAR 2012), WHILE THE URNS, WE’RE TOLD, CONTAIN THE ASHES OF OTHER, LESS FORTUNATE WATERCOLORS.

IT’S AN APPEALING PIECE OF NEO-PSYCHEDELIC THEATER, A LITTLE VAGUE IN ITS IMPORT BUT WITH INTONATIONS OF EXISTENTIAL CONTEMPLATION. AT THE FRONT OF THE GALLERY, INSTALLED AGAINST THE GLOW OF THE WINDOW, A 6-FOOT-TALL, FREE-HANGING MYLAR PAINTING OF A SILHOUETTED COUPLE WALKING HAND IN HAND INTO THE LIGHT OFFERS AN OBLIQUE GESTURE OF HOPE. SOMEONE, AT LEAST, MAKES IT OUT ALIVE. - BY HOLLY MYERS

Be sure and check out Cory Kennedy's sick new part for the X-Games Real Street contest.

Kalani David is featured this week on ESPN action sports. Check it out!